Perhaps more than in any other place in Europe, the cathedral in Santiago de Compostela is the focal point of the city. As the final destination for pilgrims walking along the Camino de Santiago, the immense Baroque edifice surrounded in myth is just a 15-minute walk from the train station — a lot shorter than the route many have taken to see it!
Praza do Obradoiro is the city’s main square, home to the cathedral and an impressive collection of grand buildings in different architectural styles, including the ornate, Plateresque Catholic Kings Hostel, which was originally built to attend to pilgrims, and the Rajoy Palace, which is currently the city hall.
Praza de Praterías, with its central fountain, offers one of the best views of the cathedral. Tucked just behind Praza do Obradoiro, 3 minutes away by foot, is the mighty Baroque Monasterio de San Martiño Pinario, another of the city’s emblematic religious buildings.
The second most visited attraction in Santiago is Mercado de Abastos, just a few streets east of the central square. This is one of the biggest markets in all of Spain and the perfect place to pick up fresh, delicious, Galician products.
Popular Rúa do Franco, one of the streets leading to the cathedral, is full of lively, friendly and high-quality bars and restaurants. The university town picks up the pace after dark and you can tap into its nightlife in the bars and clubs scattered throughout the Old Town.

Standing to the south of the historical center of Galicia’s capital, Santiago de Compostela train station is a suitably elegant introduction to this city. The station has been remodeled since its inauguration in 1873 to adapt to the regular services to and from the Galician capital. A number of regional, medium-distance and long-distance trains stop at Santiago. The journey time from Madrid is only 5h5mins with seven services daily, and from Barcelona (which passes through Madrid) the journey takes under 9 hours. There are three services from Porto, at 3h40mins, and the high-speed, short-distance Avant trains by Renfe operate 26 trains daily that connect Coruña in the north to Santiago in just 28 minutes. Though the historical center may be quick and easy to walk to, those with luggage should hop on the C2 bus service.
https://www.renfe.com

Viajes Santyago, the official symposium accommodation partner, proposes a selection of hotels in Santiago. Most of the proposed hotels are located at walking distance from the congress venue. Booking requests should be made via the online reservation form provided by Viajes Santyago (soon available).

Booking confirmation will be sent directly by Viajes Santyago according to room availabilities at the hotels. For any questions regarding your accommodation booking, please contact Viajes Santyago at the phone numbers 981 599 256 and 981 599 396 or the email: 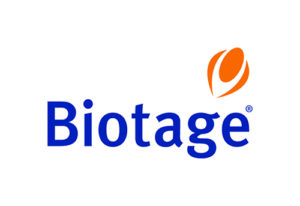